Don't Count Them Out

Two months ago, the first elections were held in Iraq. At that time, the cover of the New Republic nicely illustrated everything that was wrong with the democrats.

This cover shows us everything that's right: 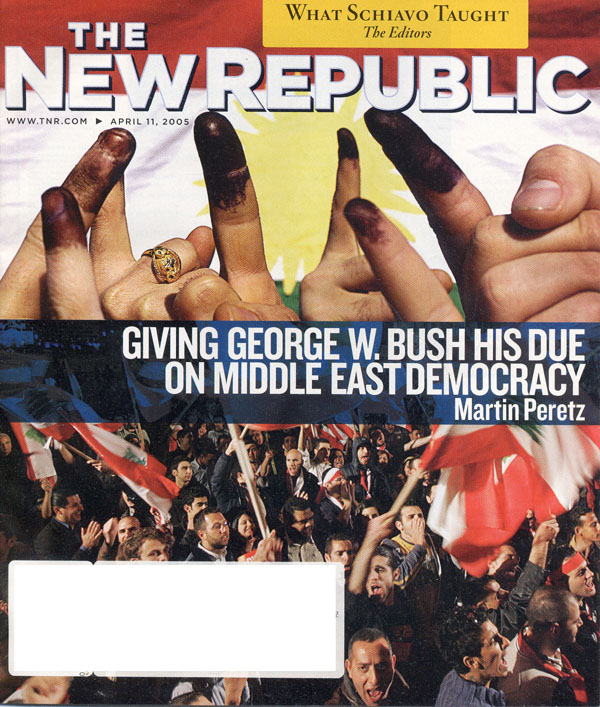 Being wrong sometimes is OK, because being wrong is easy to fix; it's being stupid that kills you. The democrats aren't stupid, and they ain't dead yet.