Most of the media focus is on New Orleans right now, but I have a growing concern that the real story is happening a few hundred miles to the east.

I have seen very few first-person accounts from coastal Mississippi, the area hardest hit by the hurricane. They simply can't get in there, and the story is not coming out. There are no phones, and the few resources available are strictly concerned with urgent rescue duties, not news gathering.

The rumors have begun to filter back, and they are predictably grim. It really is quite possible we have thousands of dead there.

Yes, people do have a tendency to exaggerate, and they the worst stories always bubble to the top. But don't forget, there is an opposite tendency here as well; the press, to their credit, will not report rumors like this until they are confirmed by official sources or first-hand reports. Since neither are available, they remain silent.

They have plenty of legitimate stories to run. We see interviews with New Orleans politicians, people wading through muck in the French Quarter, looters with TVs on their backs. The human misery now in plain sight is real and growing. That's what we all see, so that's the story now.

I'm really growing concerned that this is going to pale in comparison with what we will find next door. We should know, soon enough.

Have I mentioned that the best way to help is to give money here?

Never Thought I'd Say it

But Kos is right.

Maybe this guy just had too much coffee after lunch... or maybe not.

MOST OF THE AREA WILL BE UNINHABITABLE FOR WEEKS...PERHAPS LONGER. AT LEAST ONE HALF OF WELL CONSTRUCTED HOMES WILL HAVE ROOF AND WALL FAILURE. ALL GABLED ROOFS WILL FAIL...LEAVING THOSE HOMES SEVERELY DAMAGED OR DESTROYED.

HIGH RISE OFFICE AND APARTMENT BUILDINGS WILL SWAY DANGEROUSLY...A FEW TO THE POINT OF TOTAL COLLAPSE. ALL WINDOWS WILL BLOW OUT.

AIRBORNE DEBRIS WILL BE WIDESPREAD...AND MAY INCLUDE HEAVY ITEMS SUCH AS HOUSEHOLD APPLIANCES AND EVEN LIGHT VEHICLES. SPORT UTILITY VEHICLES AND LIGHT TRUCKS WILL BE MOVED. THE BLOWN DEBRIS WILL CREATE ADDITIONAL DESTRUCTION. PERSONS...PETS...AND LIVESTOCK EXPOSED TO THE WINDS WILL FACE CERTAIN DEATH IF STRUCK.

POWER OUTAGES WILL LAST FOR WEEKS...AS MOST POWER POLES WILL BE DOWN AND TRANSFORMERS DESTROYED. WATER SHORTAGES WILL MAKE HUMAN SUFFERING INCREDIBLE BY MODERN STANDARDS.

THE VAST MAJORITY OF NATIVE TREES WILL BE SNAPPED OR UPROOTED. ONLY THE HEARTIEST WILL REMAIN STANDING...BUT BE TOTALLY DEFOLIATED. FEW CROPS WILL REMAIN. LIVESTOCK LEFT EXPOSED TO THE WINDS WILL BE KILLED.

Q: What time is it when the clock strikes thirteen?
A: Time to get a new clock!

It might not be all that funny, but it is true.

Here's another joke. Remember 'Piano Man'? That crazy guy in England who turned up soaking wet, unable to talk, but he could play like a dream, astonishing the hospital staff with his "virtuoso performance"?

Well, this one isn't funny, either:

It was thought he was a musical genius who'd lost his mind, tried to kill himself and retreated into a world of silence.. but he's really a gay German who fooled docs and can barely play a note

[...] The patient was nicknamed Piano Man after reports that he entertained hospital staff with his remarkable talent for classical recitals. When medics gave him a pen and paper, he drew detailed pictures of a grand piano.

Now it is claimed he could only tap one key continuously on the piano in the hospital chapel.

And he said he only drew a picture of a piano for therapists because that was the first thing that came into his head.

[...] But bosses are intending to seek compensation for the time and resources it had wasted trying to help him.

Yeah, it's a cute story, but there is something serious and ugly going on here. This wasn't a minor news story - this was a tragedy, a missing person case that people took very seriously. The press all over the world repeated this lie, and searchers based their efforts to identify this man on patently false information.

Did the hospital staff say nothing?

Remember, they didn't know they were being had. So far as they knew, they had a mentally ill, utterly helpless man, separated from his loved ones, alone... and rather than try to find his real family, they searched instead for a make-believe one?

How many people at the fucking hospital heard this idiot 'play'? Don't you think every doctor, nurse, janitor and clerk within earshot was curious about this guy? Didn't they keep, you know, actual records of his behavior? Did they just lie to the press, and then all sit back as the world searched for the family of their helpless charge in all the wrong places?

Or did they try to correct the press reports, only to be ignored?

Somebody did something wrong here, something bordering on evil. I'll sooner suspect the press than the hospital staff, but no matter what story I try to fit to these facts it's still unbelievable, no matter how I try to look at it.

This patient was exploited and neglected, and absurd fabrications went unchallenged for months while dozens of those responsible surely knew the truth.

I hope somebody ends up in jail because of this.

You know, the more I think about this, the angrier I get.

Suppose you lived in Europe, and your wife or your husband was missing. You heard about somebody who was found in England who matched the description of your loved one... but no, this person was a musical genius, a classically trained pianist. That can't be the one who I'm looking for, my honey can't play a note.

If I later learned that my loved one was exploited like that I would destroy whoever was responsible. I would see to it that they never worked again.

Fun At The Range 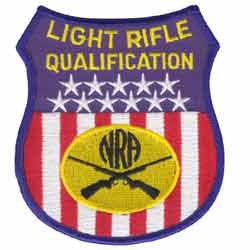 Anybody can do it - all you need is an ordinary .22 (scopes are OK), some official targets, and a safe place to shoot. You can progress at your own pace and shoot whenever you like. I'm doing it in my backyard.

The NRA offers a nice variety of other qualification courses too, for everything from military rifles to BB guns. I'm going to try High Power Rifle and Handgun next. 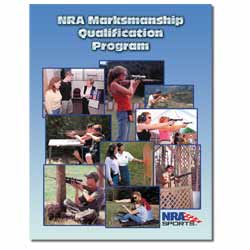 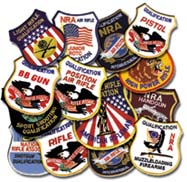 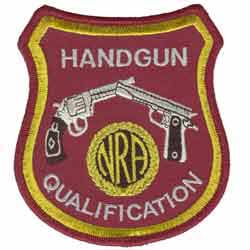 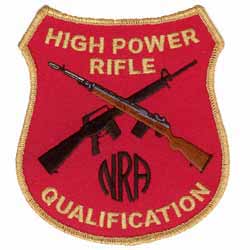 These courses are intended for beginners, so the first levels are fairly easy. They did a nice job of making the each of the steps challenging but achievable, and you'll fire about 500 shots before you are done. The highest qualification level, Distinguished Expert, corresponds to about a Sharpshooter classification in the competitive world. (A competition-level Distinguished Expert is an Olympic quality shooter).

I shot my first two strings at fifty feet, standing, and scored in the low eighties on both of them. That's not as impressive as it sounds... 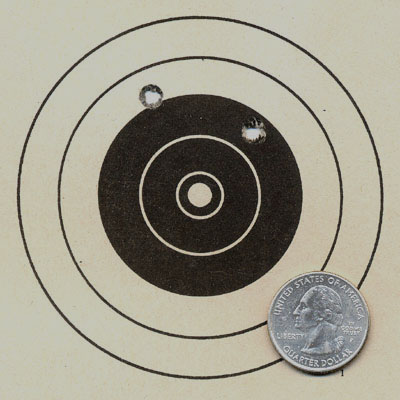 Shoot four more just like this one, and you'll earn an 80 for the string. Maintain that level after 440 shots and you'll have an Expert rating.

Here's my weapon of choice for this project:

She's a retired Romanian Cugir training rifle, which I picked up a few years back for $65. I could use a scoped 10/22 if I wanted, but the Cugir seems to be more in the spirit of things.

After a lifetime of shooting, I've never attempted to quantify my scores. I've only shot in a match once, and that was just to meet a CMP requirement. It was fun, but I'm the sort of person who doesn't really like competition.

This doesn't feel like competition, it feels more like a just good excuse to get out there and shoot like I mean it. I'm going to spend $1.70 on that Expert pin when I earn it, too.

Yeah, But It's A Dry Heat

I've lived in this town for forty-something years, and I have never seen a summer like this.

These are some of the pricey houses out near my place. The whole neighborhood looks like this.

Usually the whole world is green this time of year. The contrast here will give you some idea: 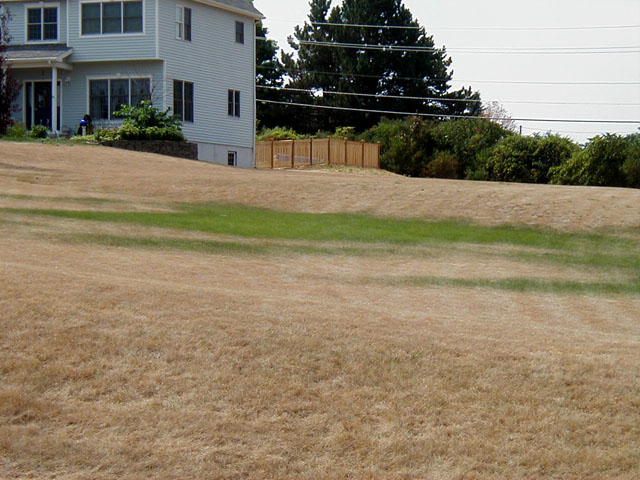 I mean, this is just crazy. 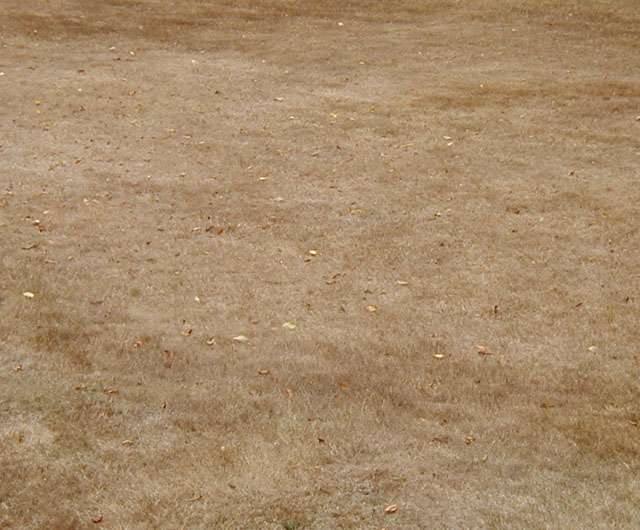 Even the lakeshore offers no relief. 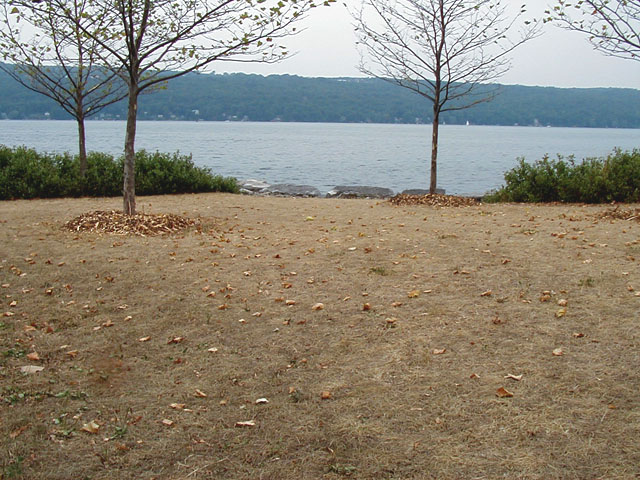